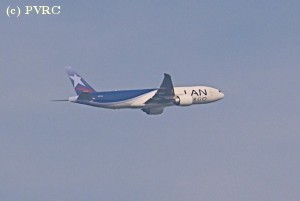 BAA's campaign to persuade the world to expand Heathrow Airport has been based on one major assumption: that the UK needs a hub airport, and that Heathrow is it.
Look at the data, though, and there are six very big reasons to think that Heathrow isn't the UK's hub airport at all.

When I last checked you could fly to seven places in the UK from Heathrow. From Manchester you can fly to thirteen. How can Heathrow’ be a hub airport if you can't use it as a hub?

3. There's a better hub across the sea.

Manchester may be better connected to the UK than Heathrow but there's an airport that easily beats them both. You can fly from Amsterdam Schiphol airport to a whopping 24 airports in the UK. You'll soon be able to get a train there from London, too. They speak great English, the liquorice is delicious, the airport is efficient, and you can buy tulip bulbs and cheese while you wait for a connection.

4. The UK uses Schiphol not Heathrow to connect to the world.

The best option to fly to the world from most places in the UK is to fly via Amsterdam. The data proves it.I used Google's QPX Express Airfare API, and looked for the "best" one-way flight, two weeks in advance, from 15 airports in the UK & Ireland to 17 airports I selected around the world. This is the script (PERL) that I used to do it. Here are the results in a spreadsheet. In a huge majority of cases, the best option was a flight via Schiphol. I also did a further search in which I asked Google to find slightly faster flights, even if they cost a lot more. These points are called Heathrow (fast) and Manchester (fast) respectively.

5. It's cheaper to fly to the world via Amsterdam.

A big airport with lots of flights means lots of competition: I wasn't surprised that the cheapest flights are from Heathrow. What did surprise me was that flights from Manchester are just a few pounds more. In fact they're cheap enough to tempt almost all passengers from Liverpool, Leeds, and Sheffield to jump on a train to Manchester, and never expensive enough to push them to travel via Heathrow. Guess where half of the flights from Manchester go via? Amsterdam.

6. It's quicker to fly to the world via Amsterdam.

The UK city with the fastest connections to the world? Norwich.
That shouldn't surprise you by now, because it's the closest airport to Amsterdam. Of course you can get places a bit faster from Heathrow if you're willing to spend a lot more money – but it's not that much quicker, and certainly not quick enough to make it worth the whole of most of the UK to travel via the south east for.
Bekijk bericht op "CityMetric"
Tweet

Instead of investing in extension of capacity in the so crowded areas as London and Amsterdam, both airports should merge into a new airport in the North Sea. That would be the best and strongest long term solution. It's a huge investment but it will pay off in the future.
07 jul 2015 om 10:15:59