UK ‘must act’ on plane emissions 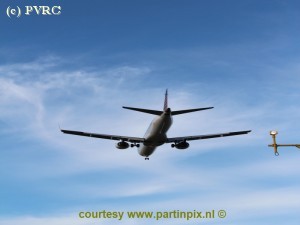 Britain will not be able to meet its goals on climate change without curbing the demand for air travel, according to an Oxford University report.

The government is aiming for a 60% cut in carbon dioxide emissions by 2050.

But the report’s authors say the UK is becoming “air dependent” and government policies on increasing air travel contradict that stated aim.

The government has said it wants aviation included in the next round of the EU Emissions Trading Scheme.

Carbon dioxide emissions from aviation doubled during the 1990s while those from the rest of the economy fell.

The report says that without new policies, they will account for about a quarter of the national total in 2050.

The report, entitled Predict and Decide: Aviation, Climate Change and Policy, comes as a number of UK airports are investing in new facilities to boost passenger numbers.

The Oxford team notes that airport expansion was backed in the recent Aviation White Paper, which aims to increase the number of passenger movements in UK airports from about 200m per year now to about 470m by 2030.

“The government has to confront the contradictions in its policies,” said project leader Dr Brenda Boardman, from Oxford University’s Environmental Change Institute.

“Unless the rate of growth in flights is curbed, the UK cannot fulfil its commitments on climate change.”

A Department for Transport spokesman told the BBC News website: “Tackling the climate change impacts of aviation needs international action. “This is why we believe that the best approach is to include aviation within the EU ETS [Emissions Trading Scheme] as soon as possible.”


Glasgow is one of many British airports planning expansion

He said the most important thing was to “have an international solution to what is a global problem”.

“If you close down all the airports in the UK tomorrow, you’d save a fraction of a per cent ... of global climate impact and that would have no impact. What it would do, unfortunately, is to really affect the UK economy and UK travel habits.”

But the Oxford team backed the conclusions of the Environmental Audit Committee, which earlier this year supported higher taxes to cut emissions.

“Raising air passenger duty would help to counter reductions in fares, which are estimated to have been responsible for at least 40% of recent aviation growth,” said Dr Sally Cairns, from University College London, one of the report’s commissioned authors.

It concluded that taxation through passenger duty would be easier and quicker than focusing on the ETS.

Paul Charles, a spokesman for Virgin Atlantic, said his airline had made suggestions to tackle the problem.

“We’ve suggested starting grids at airports, so that planes don’t have to run their engines for half an hour all the way to the runway while they’re queuing up. That will cut millions of tonnes of CO2 emissions,” he told the BBC.

Britain, the report makes clear, is a vital player in attempts to reduce aviation emissions - one-fifth of all international passengers are on flights which arrive at or leave from UK airports.

And it says Britain is developing an air dependent culture. If nothing is done, it says, our expectations will include frequent flying for business and pleasure, second homes abroad, and more geographically distant networks of friends and family.

But the authors believe we are ready for change, with recent opinion polls suggesting a majority of people are in favour of airlines paying higher taxes to reflect emissions, even if this results in higher fares.

And although restricting flights might be bad for airports and airlines, other sectors of the economy such as domestic tourism would benefit, the report concludes