Thousands more homes face life in shadow of the flightpath 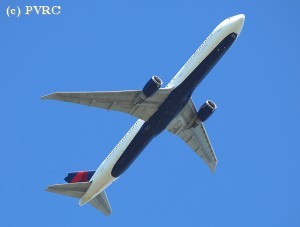 The campaign to halt the expansion of Heathrow will intensify dramatically after it emerged that thousands of homes will be blighted by new flight paths to handle a massive increase in traffic from the airport.

As the week of climate change protests reached a climax yesterday with a   blockade of the headquarters of the airport operator, BAA, a coalition of 12   communities - two million people - unveiled a new battle over noise   pollution in London and the home counties, which will be the inevitable   outcome from a planned third runway at Heathrow.

Under government proposals, which will go out to public consultation in   autumn, the world’s busiest international airport would see its number of   take-offs and landings nearly double from 480,000 to 800,000 a year by   adding a runway for short-haul flights by 2020 and expanding the use of the   existing two runways.

The third runway alone will account for an extra 240,000 flights each year.

Flight paths to cater for the new runway would cut across a swath of London   and the South-east that has previously avoided being directly over-flown by   planes, including Maidenhead, Slough, Chiswick, Hammersmith, Chelsea and   Notting Hill - home to the Conservative Party leader, David Cameron. At   least 150,000 households will find themselves directly under flight paths   for the first time.

And figures seen by The Independent suggest the number of people who are   subjected to aircraft noise levels above the 57 decibels, considered by the   Government to be the “beginning of community annoyance”, will rise   from 375,000 to 535,000 if the proposals go ahead.

Opponents, led by local authorities and environmentalists, promised a   campaign which will focus on the environmental impact of the airport’s   growth, including air-pollution levels close to Heathrow and stress or   illness caused by a “sky of sound” over the capital.

Residents in Sipson, the village to the north of Heathrow where 700   properties will have to be demolished to make way for a third runway, have   vowed to take direct action to protect their homes as well as pursue their   case in the High Court.

The campaign will encompass street protests and leafleting homes under the   new flight paths to lobbying of ministers by local MPs and political   leaders. Legal moves are under way to force the Government to reveal the   findings of an air pollution audit around Heathrow, which it is alleged have   already been disclosed to BAA.

Protesters said that the Camp for Climate Change showed a “line has   been drawn in the sand” by opponents to BAA’s plans for Heathrow,   including thousands of homeowners who will have realised the impact of the   expansion proposals in recent days.

One leading campaigner said Heathrow will now become “the new Twyford   Down”, the site of the long-running battle in the early 1990s over the   extension of the M3 in Hampshire.

The group of 12 local authorities in and around London opposed to the third   runway, planned to open in 2017, accused the Government of exaggerating the   economic benefits from aviation while failing to measure its environmental   impacts. Government figures show that the increase to GDP by expanding   aviation will be £13bn by 2030, outweighing climate change costs.

The third runway will cater for many of the short-haul business and tourist   flights that environmentalists argue should be replaced by alternative   transport. The flight paths to be used by planes using the Heathrow runway   are still being decided by the Civil Aviation Authority and will not be   published until next year - after the Government consultation paper on   Heathrow, expected in October.

Experts consulted by the 2M group, so-called to reflect the population of   the 12 local authorities, say new routes will be a necessity. Edward Lister,   the leader of Wandsworth Borough Council, which is leading the 2M group,   said: “It is inevitable that there will be new flight paths over parts   of London and the Home Counties that have never experienced over-flight.

“In the meantime, the CAA is working on flight paths that will not even   be included in the Government’s own proposals. People are facing an   undefined threat with one certainty - there are going to be lots more   aircraft coming out of Heathrow and they will need to fly over places where   they don’t fly already.”

BAA, owned by the Spanish group Ferrovial, has announced a £6.2bn spending   programme to improve terminal facilities at the airport after the £4bn   Terminal Five opens in March.

But the company admits that its greatest constraint is runway capacity at   Heathrow, which currently runs at 98.5 per cent - far above that of the   airport’s key competitors such as Paris Charles De Gaulle and Amsterdam’s   Schiphol. In the short-term, Heathrow is looking to change the use of its   two existing runways to “mixed mode”, meaning each runway will be   simultaneously used for take offs and landings. This will increase capacity   by 15 per cent or 80,000 flights a year.

Communities affected: Suburb of Newbridge within Edinburgh, a mile   south-west of Edinburgh airport.