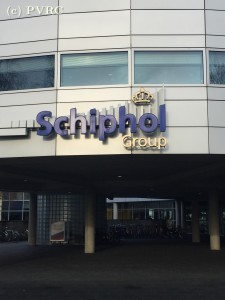 Flights at Stansted airport have been delayed after more than 50 protesters occupied a secure area near the runway.

The runway has been closed as a precaution and passengers are being advised to contact their airlines.

Police say there have been four arrests so far and they are now in the process of removing the protesters who are chained together.

A spokeswoman said: “About 50 protesters have gained access to Stansted Airport and they are airside.”

Bolt-cutters
All planes are currently grounded at the airport. The first flights were due to begin leaving at 0610 GMT. Those due to land have reportedly been diverted.

He said protesters had brought concrete blocks and 6ft-high security fencing with them and erected a “stockade” about 50m (164 ft) from the runway. They then chained themselves to the fencing.

One of the activists taking part, Lily Kember, 21, said they had forced their way in using bolt-cutters while the runway was closed for overnight maintenance work.

She said: “There’s 54 of us currently occupying a space on the taxi way about 50m from the runway.

“It’s a bit cold, but everyone is in good spirits.”

Ms Kember said she was “incredibly apologetic” that passengers had been affected, but added: “The effects of climate change are going to be monumental.”

Plane Stupid said on its website that the action was intended to draw attention to CO2 emissions from the aviation industry and the protesters intended to occupy the area for as long as possible.

In a statement, Stansted operator BAA said: “At approximately 3am an unknown number of individuals breached security, but shortly afterwards were held by police. This continues to be the situation.

“Due to this event the runway is closed and will continue to be so until further notice. The advice to passengers is to contact their airlines directly who can advise them, but we are expecting delays.”

One protester, whose full name was not given, said: “We’re here because our parents’ generation has failed us and it’s now down to young people to stop climate change by whatever peaceful means we have left.

“We’re afraid of what the police might do to us, we’re afraid of going to jail but nothing scares us as much as the threat of runaway climate change.”

In October controversial plans for an expansion of Stansted Airport were given the go-ahead by the government.

Airport owner BAA wants to increase passenger numbers from 25 million to 35 million a year and flights leaving the airport from 241,000 to 264,000 a year.

Objectors say an expansion would damage the environment, but some unions said the proposal could bring new jobs.  It is time these ill-informed protests stopped

Matthew Knowles, from the Society of British Aerospace Companies, said the protesters were “ignoring the reality around aviation and climate change”.

“Flight numbers have increased at Stansted, but noise nuisance around the airport has actually decreased and aircraft are 70% more fuel efficient than they were 50 years ago,” he said.

“The industry has also set itself targets for a further 50% cut in noise and CO2 emissions from 2000 levels in new aircraft by 2050.

“It is time these ill-informed protests stopped.”

In Monday’s Guardian, Energy Secretary Ed Miliband called for “popular mobilisation” to support politicians trying to pressure world leaders into a deal on climate change amid fears of economic repercussions.

He said there needed to be “a mass movement” along the lines of Make Poverty History.

“There will be some people saying ‘We can’t go ahead with an agreement on climate change, it’s not the biggest priority’.