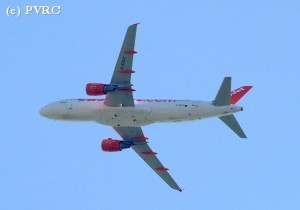 All 4 leading candidates for the forthcoming London mayoral election have joined forces to fight Gordon Brown’s push for a third runway at Heathrow Airport. Ken Livingstone, Boris Johnson, Brian Paddick and Sian Berry have all agreed to feature in a new anti-expansion advertising campaign launched today. The ad features in the Times, Guardian, Independent and Evening Standard newspapers.

The four candidates – representing Labour, Conservatives, Lib Dems and Greens – are slamming the government’s plan to almost double the number of flights in and out of Heathrow. The proposal is currently the subject of a ‘public consultation’ that environmentalists say is fixed.

The ad, paid for by Greenpeace, Airportwatch and enoughsenough.org, shows how determined London’s leaders are to prevent a massive expansion of air traffic at Heathrow - because they know that if the expansion goes ahead, Londoners would be subjected to thousands of extra flights above their heads, and make it very likely that the UK will not be able to cut greenhouse gas emissions enough to effectively tackle climate change.

Flying is the fastest growing source of greenhouse gas emissions in the UK, doubling in the 1990s. And according to the government’s own figures, flights from and within the UK account for 13 per cent of our climate impact - because greenhouse gases create more global warming when emitted at altitude.

Yet instead of increasing investment in our railways, which cause ten times less damage to the climate than flying, Gordon Brown seems determined to continue support rapid aviation expansion.