ICAO warns on A380 wake vortices 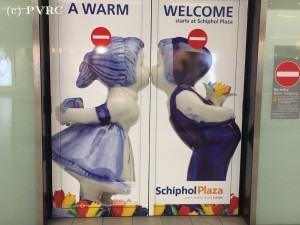 Airbus is confirming details of an ICAO letter warning that wake-vortex separation rules for aircraft following A380s could be more stringent than for current widebodies – but insists that adequate flight-test data is not yet in.

Vortex-separation for the type is a tinderbox issue because increased separations on approach would undercut the business case for the aircraft which is partially dependent on increasing passenger throughput at airports.

Longer separations would reduce overall runway capacity – a critical issue at London Heathrow in particular. Airbus has always said the separation would be roughly the same as for the Boeing 747-400.

The manufacturer is at pains to point out that wake vortices are not a certification issue, and it emphasises that more is already known about the A380’s wake vortices than was known for any other new type at the same stage before its service entry, because the trials are uniquely extensive.

Airbus adds: “Once [the wake vortex characteristics] are fully understood by the authorities, it will become clear what the appropriate separation should be…remember that in the beginning the separation for the 747 was higher than it is today.”

An ICAO letter to member states is warning that early test results indicate that aircraft might require greater spacing than is required today for any other type.

Final trial results that will enable decisions to be taken on recommendations for spacing behind the A380 for following aircraft in different flight phases “will be made available in early 2006”, predicts ICAO.

At this stage the trials being carried out at Toulouse and Istres airports in France have indicated that there will be an initial need to separate following aircraft from the A380 by greater distances than for the Boeing 747.

The separations ICAO quotes are 10nm (18.5km) on approach and 15nm (27.8km) for all other phases of flight including en-route. And ICAO says it anticipates advising one additional minute to elapse before a smaller aircraft takes off behind an A380.

There are also implications for aircraft in the cruise. One of the characteristics of A380 wake vortices, reveals ICAO, is that that “they may descend 2,000ft (600m) and possibly pose a passenger comfort issue rather than a hazard [for the following aircraft].” Vertical spacing guidance, says ICAO, “will not be completed for several months”.

It adds: “There are indications, however, from the initial analysis of data that wake vortex from an A380 may be encountered by aircraft flying 1,000ft (300m) below at greater strengths than from current aircraft of the heavy wake turbulence category.” The organisation explains: “Because it has not yet been possible to establish the level of hazard associated with these wake vortices, offset tracks or additional vertical spacing is advised until the final vertical spacing guidance has been established.”