Heathrow puts up legal barricades to keep away protesters 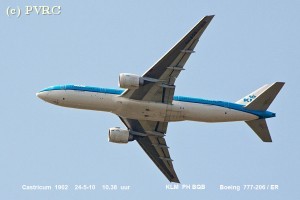 If you’re a member of the National Trust, the RSPB, the Woodland Trust or Friends of the Earth, then you could be banned from Britain’s biggest airport. And the Piccadilly line. And parts of Paddington station. And sections of the M4. All because the authorities want to halt a protest against climate change…

Five million people in peaceful environmental organisations such as the National Trust and the RSPB have become the subject of an extraordinary legal attempt to limit their right to protest.

In legal documents seen by The Independent, the British Airports Authority has begun moves that would allow police to arrest members of 15 environmental groups to prevent them taking part in demonstrations against airport expansion.

While the threat of terrorism and consequent security checks have been dominating the headlines during the start of the summer holidays, BAA has been planning a pre-emptive strike against environmentalists.

Next week, in response to a demonstration due to be held outside Heathrow airport, BAA will go to the High Court to seek judicial approval for an anti-environmentalist injunction, the terms of which are so wide they have provoked astonishment among the green movement. Any one of five million people in groups such as the Campaign for the Protection of Rural England could be arrested for travelling on the London Underground or possessing a kite.

Civil rights campaigners claim the injunction, which will be heard on Wednesday, would put new limits on the right to peaceful protest. Liberty described the “massively wide ban” - which has no time limit - as ridiculously unenforceable. “The dangerous and undemocratic trend of large corporations seeking to trample the legal right to peaceful protest should be taken very seriously by the courts,” the human rights group protested.

BAA insisted it had a duty to protect the travelling public from disruption during the holiday season and was not seeking to prevent legal protest. As part of the second annual Camp for Climate Action, up to 5,000 protesters were to pitch tents for a week at or near Heathrow from 14 August in protest at plans for a third runway that would increase flights by 50 per cent. A day of peaceful direct action, such as occupying an airline office, was planned but organisers have promised not to compromise safety or inconvenience passengers.

On Monday, BAA served an injunction on four protest leaders: Joss Garman from Camp for Climate Action and Plane Stupid; Leo Murray, of Plane Stupid; Geraldine Nicholson, of the Heathrow campaign group No Third Runway Action Group; and John Stewart, of Hacan and AirportWatch, an umbrella group of 10 environmental groups such as the RSPB, Greenpeace, Friends of the Earth and the National Trust, whose members total more than five million people. Members of all the groups would be banned from setting up a camp at or in the vicinity of Heathrow and from carrying items including spades, saws, ropes, cables, aerosol cans, balloons, whistles and loudhailers.

The protesters would be allowed to gather at three protest points on the outskirts of the airport providing they did not exceed an as yet unspecified number, and gave their names, car registration plates and advance notice. They would not be allowed to use any megaphones, klaxons or sirens or go within 100 metres of any airport operation.

BAA said in a statement: “During the summer holiday period up to 200,000 people pass through Heathrow daily… These people would suffer as a result of any unlawful or irresponsible behaviour aimed at disrupting the smooth operation of the airport.”

Mr Garman said that he was “stunned” at the breadth of the injunction. “It seems that having totally lost the argument on climate change they are resorting to bullying tactics. It is by far the biggest crackdown on civil liberties we have seen in terms of peaceful protest.

Martin Harper of the RSPB said: “It does seem extraordinary at a time when half of the country is knee deep in flood water and the Government is bringing forward legislation to tackle climate change that BAA is having to resort to bullying tactics to halt protests.”

Why the airport has become a target

Activists are targeting Heathrow because of the threat posed to new climate-change targets by the planned expansion of airports nationwide. They believe the protests can influence aviation policy in the same way that the Newbury bypass protests in 1996 led to Labour calling a halt to the building of more roads.

At stake is the future of the world’s busiest international airport. Heathrow currently has a limit of 480,000 flights a year. Allowing both existing runways to handle take-offs and landings and building a third runway could take that to 800,000 flights. Twelve local authorities in west London have formed the 2M group to oppose the plans which they say will leave a “constant rumble” over the homes of people in Kensington & Chelsea, Fulham, Richmond, Kingston and other areas. Members of the NoTRAG and Hacan Clearskies campaigning groups are also fighting the proposals.

The Government argues airport expansion is necessary to ensure continued economic growth. According to a study by Oxford Economic Forecasting last month, the planned airport expansion will increase GDP by £13bn by 2030, outweighing “climate change costs”. A third runway would demolish the village of Sipson and part of Harmondsworth.

Bryan Sobey, 78, president of the Harmondsworth and Sipson Residents’ Association, said: “It’s a bit like ethnic cleansing without the guns. It will take an entire village and part of another village out of existence completely.”