For the sake of the world’s poor, we must keep the wealthy at home 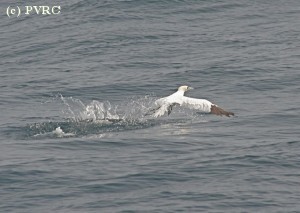 If we want to stop the planet from cooking, we will simply have to stop travelling at the kind of speeds that planes permit. (Photograph: AP)
At last the battlelines have been drawn, and the first major fight over climate change is about to begin. All over Britain, a coalition of homeowners and anarchists, of Nimbys and internationalists, is mustering to fight the greatest future cause of global warming: the growth of aviation.

Not all these people care about the biosphere. Some are concerned merely that their homes are due to be bulldozed or that, living under the new flight paths, they will never get a good night’s sleep again. But anyone who has joined a broad-based coalition understands the power of this compound of idealism and dogged self-interest.

The industry has seen it, and is getting its revenge in first. Last week The Guardian obtained a leaked copy of a draft treaty between the European Union and the United States that would prevent Britain from taking any measure to reduce the environmental impact of airlines without
the approval of the US government.

This, though it might be the widest ranging, is not the first such agreement; the 1944 Chicago convention, now supported by 4 000 bilateral treaties, rules that no government may levy tax on aviation fuel. The airlines have been bottle-fed throughout their lives.

The British government admits that the only area in which it is “free to make policy in isolation from other countries” is airport development; it could contain or reverse the growth of flights by restricting airport capacity. Instead, it is softening us up for a third runway at Heathrow,
and similar extensions at Stansted, Birmingham, Edinburgh and Glasgow. Twelve other airports have already announced expansion plans.

According to the Commons environmental audit committee, the growth the government foresees will require “the equivalent of another Heathrow every five years”. Orwell’s most accurate prediction in Nineteen Eighty-Four was the mutation of Britain into Airstrip One.

Already, one-fifth of all international air passengers fly to or from an airport in the United Kingdom. The numbers have risen fivefold in the past 30 years, and the government envisages that they will more than double by 2030, to 476-million a year. Perhaps “envisages” is the wrong word. By providing the capacity, the government ensures that the growth takes place.

As far as climate change is concerned, this is an utter, unparalleled disaster. It’s not just that aviation represents the world’s fastest growing source of carbon dioxide emissions. The burning of aircraft fuel has a “radiative forcing ratio” of about 2,7; what this means is that the
total warming effect of aircraft emissions is 2,7 times as great as the effect of the carbon dioxide alone. The water vapour they produce forms ice crystals in the upper troposphere (vapour trails and cirrus clouds) that trap the Earth’s heat.

According to calculations by the Tyndall Centre for Climate Change Research, if you added the two effects together (it urges some caution as they are not directly comparable), aviation emissions alone would exceed the government’s target for the UK’s entire output of greenhouse gases in 2050 by about 134%. The British government has an effective means of
dealing with this. It excludes international aircraft emissions from the target.

It won’t engage in honest debate because there is no means of reconciling its plans with its claims about sustainability. In researching my book about how we might achieve a 90% cut in carbon emissions by 2030, I have been discovering, greatly to my surprise, that every other source of global warming can be reduced or replaced to that degree without a
serious reduction in our freedoms. But there is no means of sustaining ong-distance, high-speed travel.
The industry claims it can reduce its emissions by means of technological developments. But, as the Royal Commission on Environmental Pollution points out, its targets “are clearly aspirations rather than projections”. There are some basic technological constraints that make
major improvements impossible to envisage.

The first problem is that planes have a remarkably long design life. The Boeing 747 is still in the air 36 years after it left the drawing board. The Tyndall Centre predicts that the new Airbus A380 will still be flying, “in gradually modified form”, in 2070. Switching to more efficient models would mean scrapping the existing fleet.
Some designers have been playing with the idea of “blended wing bodies”: planes with hollow wings in which the passengers sit. In principle they could reduce the use of fuel by up to 30%. But the idea, and its safety and stability, is far from proven. Yet this is as good as it gets. As the Advisory Council for Aeronautics Research in Europe says: “The consensus view is that the rate of progress for conventional engines will slow down significantly in the next 10 years.” And if the efficiency of engines does improve, this doesn’t necessarily solve the problem. More efficient engines tend to be noisier (so even less acceptable to local people), and
to produce more water vapour (which means that their total climate impact could in fact be higher). Even if the outermost promise of a 30% cut could be met, it would offset only a fraction of the extra fuel use caused by rising demand.

The airline companies keep talking about hydrogen planes, but if ever the technological problems were overcome they would be an even bigger disaster than current models. “Switching from kerosene to hydrogen,” the royal commission says, “would replace carbon dioxide from aircraft with a threefold increase in emissions of water vapour.” Biofuels would need more arable land than the planet possesses. The British government admits
that “there is no viable alternative currently visible to kerosene as an aviation fuel.”

New fuel consumption figures for both fast passenger ships and ultra-high-speed trains suggest that their carbon emissions are comparable to those of planes. What all this means is that if we want to stop the planet from cooking, we will simply have to stop travelling at the kind of speeds that planes permit.

This is now broadly understood by almost everyone I meet. But it has had no impact whatever on their behaviour. When I challenge my friends about their planned weekend in Rome or their holiday in Florida, they respond with a strange, distant smile and avert their eyes. They just want to enjoy themselves. Who am I to spoil their fun? The moral dissonance is deafening.

Despite the claims made for the democratising effects of cheap travel, 75% of those who use budget airlines are in social classes A, B and C. People with second homes abroad average six return flights a year, while people in classes D and E hardly fly; they can’t afford the holidays, so are responsible for just 6% of flights. Most of the growth, the British government envisages, will take place among the wealthiest 10%. But the people who are being hit first and will be hit hardest by climate change are among the poorest on Earth. Already the droughts in Ethiopia, putting millions at risk of starvation, are being linked to the warming of the Indian Ocean. About 92 million Bangladeshis could be driven out of their homes this century in order that we can still go shopping in New York.

Flying kills. We all know it, and we all do it. And we won’t stop doing it until the government reverses its policy and starts closing the runways.—© Guardian Newspapers 2006