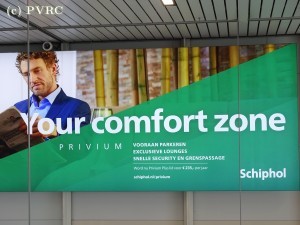 Six anti-Heathrow airport expansion protestors have scaled the roof at the Houses of Parliament.

Activists from Plane Stupid have unfurled two banners reading “BAA HQ” and “no third runway” from the section of roof by Big Ben.

The Metropolitan police said they had responded to reports of protestors atop parliament at 09:30 GMT this morning amid fresh security concerns.

A spokeswoman said there was a “strong possibility” the demonstrators were guests of security pass holders at Westminster.

The protestors said they had entered parliament as guests and taken an elevator to the top floor before using a fire escape to reach the roof.

They are now throwing paper aeroplanes made from what they claim are confidential Whitehall documents into the MPs’ car park below.

Today’s protest has been timed to coincide with the final day of the government’s consultation on plans for a third runway at Heathrow, which Plane Stupid claims airport authority BAA partly wrote.

The demonstrators, who have not yet been asked to leave the roof by police on the scene, plan to stay where they are until Gordon Brown arrives for prime minister’s questions at midday.

A BAA spokesperson dismissed today’s action as “a stunt” and refused to respond to the activists’ claims, which they said were based on confidential documents seen under freedom of information requests.

Two days ago Greenpeace protestors scaled an Airbus A320 at Heathrow in a similar protest against expansion plans at Britain’s busiest airport.

Protestor Richard George, 27, from London, said from atop parliament that he was protesting at “corrupted” democratic processes.

“The aviation industry has taken full advantage of a weak prime minister to get the Heathrow consultation fixed.

“It doesn’t even consider global warming, despite everything [Mr] Brown has said about the environment and despite the massive impact that aviation has on the climate.”

A No 10 spokesman denied claims that the Heathrow airport expansion consultation was “fixed” and insisted security concerns were “a matter for the House of Commons authorities”.