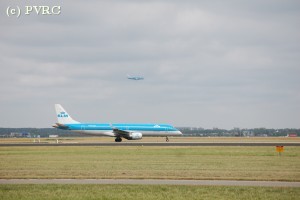 Why does Britain want to build airports for ghost planes?

Hoisting 180lbs of human flesh 30,000 feet into the air and 4,000 miles across the ocean every time you want to talk to someone: does that sound like 21st-century technology, or a 20th-century throwback?

The lobbying power of well-established industries will always be greater than that of new or emerging businesses. So one of the impacts of lobbying is to keep dragging us back into the past. There is no better example than the demand to build new airports and new runways. Sold to the public with the promise of progress and modernity, their impact is to retard technological change.

In hardly any of the coverage of plans for a third and perhaps fourth runway at Heathrow or a new airport in the Thames estuary was the underlying assumption challenged: that building more airports is good for business. But since 2000 business flights by residents of the UK have fallen by 25%: a rate far beyond the general impacts of the recession. There are two likely reasons. Business travel is treated by many companies as a luxury, which is quickly cut when conditions tighten. And much of the perceived need to travel has been superseded by new technologies. Internet conferencing is cheaper, quicker and less taxing for workers.

But, at vast public and private expense, at the cost of homes and green spaces, peaceful skies and a benign climate, governments are trying to build more runways, to encourage people to stick with the old technology.

So much for business. The great majority of flights (85%) are in fact used for leisure, overwhelmingly by people in the top three social classes. The result is not an economic boon for the UK but a loss – a tourism deficit of £13.8bn last year. Planes are tubes through which money is sucked out of the country. The more flights there are, the more we lose. That’s assuming that anyone wants to take them.

For even leisure flights are now falling far short of the forecasts that successive governments have made. In 2012, 8% fewer people flew than in 2007: the recovery in the number of passengers since the economic crisis began has been very slow. Could it be because the underlying growth in demand is grinding to a halt?

In 2007 the Department for Transport predicted that by 2030, if airport capacity grew without restraint, 495 million passengers would pass through the UK’s airports. By 2009, its forecast had fallen to 465 million, by 2011 to 345 million and by 2013, to 320 million. The lowest possible level of demand anticipated by the department in 2009 (415 million passengers) was 20% higher than its central forecast just two years later. The old forecasts are quietly buried in the hope that nobody notices that projected demand is collapsing. I suspect the new forecasts are also wildly inflated, but the plans of so many powerful people are riding on the department’s false assumptions that it cannot afford to make a full revision of the nonsense it has published in the past.

The aviation policy framework the government published in March was written as if the industry was still in its take-off phase. The same goes for the report in May by the House of Commons transport committee. The official purpose of the Airports Commission, which will assess the new airport plans, is “to maintain the UK’s position as Europe’s most important aviation hub”. Why?

There is a real possibility that if the commission approves any of the extravagant schemes put before it, Britain will be building ghost airports for ghost planes. Already, in another transport sector – road traffic – the volume seems to be peaking much earlier than the Department for Transport forecast. If this happens, the department could be sued by investors in privately financed road schemes who take their money through tolls or shadow tolls. Perhaps one day the UK will be littered with schemes like Spain’s Ciudad Real airport and its 4,000m international runway, upon which, since April 2012, only birds have alighted. Or the twin towers of Benidorm’s In Tempo, Europe’s tallest residential building, which was supposed to absorb a booming tourist industry but which remains unfinished and empty. “Two vast and trunkless legs of stone / Stand in the desert ...”

Just as the forecasts for the growth in air traffic have proved false, so have the claims for the economic benefits it delivers. The airport lobbyists – and the government – maintain that greater connectivity stimulates economic growth. But a study by the consultancy CE Delft shows that in developing countries there is a weak correlation between connectivity and growth but no evidence of causation: economic growth could be causing the extra flights, rather than the other way round. In prosperous parts of the rich nations, even the correlation seems absent.

The evidence that increased air traffic boosts net jobs also seems to be missing. Ten years ago, when passenger volumes were lower, there were 200,000 jobs in aviation in the UK. Today there are 120,000. The Department for Transport has tried to mask this decline by surreptitiously including in its aviation figures jobs in aerospace manufacturing, many of which are in the military sector. The government’s primary role in transport planning appears to be to deceive us.

Every time the government supports an old technology, it helps to stifle its new and cleaner competitors. When it deregulates polluting industries, or cuts the tax fossil fuel companies must pay, or tries to drive the expansion of aviation regardless of demand, it helps to lock in destructive technologies which would otherwise be rapidly replaced. If it stays in office long enough, we’ll eventually revert to using the Newcomen engine.

Progress here is measured not by creativity or improvement, but by the speed at which we break up the living planet and our own quality of life. This is a government of the old, the dirty, the discredited, a mortal enemy of the innovation it claims to celebrate.