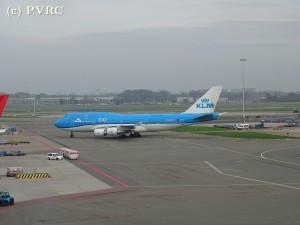 The newly formed Mothers Against Airport Pollution (MAAP) met to discuss a plan of action to protect the millions of American children, whose health is being harmed by airports and aircraft.  The steering committee met last Thursday, December 2nd, discussing strategy to get the organization up and running.

“MAAP believes that it is important to get the word out to mothers and families, so they know there is a place to turn to. It is also important that they know many others are concerned about this too. Our children’s health and future need to be protected from this horrifying killer,”
stated Denise Hepple, MAAP’s Chairman.

Just one example of the harm that has been abhorrently understated by the federal government can be found in a study commissioned by eight states environmental agencies and overseen by the U.S. EPA (“Controlling Airport-Related Air Pollution”). That study found that the United Nations and U. S. government were grossly underreporting the amounts of deadly pollution coming from airports/aircraft.
For example: Combined aircraft-related amounts of benzene totaled 20 tons at
Logan, Bradley, and Manchester airports in 1999! For comparison, total benzene emissions from the largest stationary sources in Massachusetts, Connecticut, and New Hampshire combined only totaled six tons in 1996! Benzene is a known human carcinogen (IARC 1982a,b.) Even more astoundingly, mega airports, such as Chicago’s O’Hare, operate more aircraft annually than all of the three above-mentioned airports combined; thus, emitting even
more harmful and even deadly pollution in heavily urban-populated areas.

A new study conducted by American and Chinese researchers shows that even tiny amounts of the unsafe chemical is even more dangerous than first believed. Benzene is only one of the hundreds of harmful chemicals released by airport operations. Another study found that O’Hare airport is responsible in whole or part for the deaths of hundreds of people each year, from cancer alone.  Sadly, cancer is only one of the dozens of airport-poisoning diseases and it is not even the worst public health problem.

“Airports and aircraft are astronomical sources of toxic pollution, when one considers all of the components of an airport’s related sources. And unlike cars, trucks, etc. who’s harmful effects generally fall within hundreds of feet of a roadway, aircraft fly over our heads contaminating an area of 20 miles or more away from an airport,” states Hepple.

Concerned about the serious pandemic public health effects airports cause to
us and our children, some noteworthy people have already joined join the movement. Virginia Kucera, MA, an Illinois Arlington Heights Village Trustee and former Director of Division of Chapter Services for the American Academy of Pediatrics wants to protect children from this unparalleled harm.

Arline Bronzaft, Ph.D. a noted expert on children and noise effects has also joined the association.  Among many accomplishments, she is a researcher, author, and lecturer on the harmful effects of noise to a child’s health, education and development. Doctor Bronzaft is professor emeritus of psychology at Lehman College; she serves on Council on the environment of New York City, consults to the League for Hard of Hearing, and advises
throughout the United States and abroad.

Now that the states and municipalities have broken off five year talks with the federal government and air transportation industry, MAAP’s believes that children’s health and future must be staunchly guarded and MAAP must advise parents on how they can protect their children and families and give them someone they can turn to.

MAAP plans to develop a website in the near future.
# # #