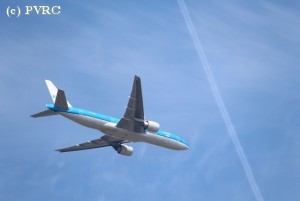 John Stewart (HACAN) zegt hierover:
“A major HACAN report launched yesterday shows that a ban on night flights at Heathrow before 6am could be expected to have overall benefits for the wider UK economy. The new report, commissioned by HACAN from the Dutch economists CE Delft, has found that a night flight ban at Heathrow before 6am could benefit the national economy by as much as £860 million over a 10 year period. The big savings would be in the monetary costs associated with sleep deprivation. Because of the huge number of people living under the Heathrow night flight path, these savings could be expected to outweigh any loss of income to the aviation industry. CE Delft argues that the national economy would only be harmed if none of the passengers who currently arrive on the flights before 6am failed to transfer to flights arriving at other times. If that were to take place, the national economy could lose up to £35 million over a 10 year period, but the report states that the chances of that happening are “highly unlikely”.

The launch marks the start of a campaign by HACAN for a ban on night flights at Heathrow before 00.600 hours.”