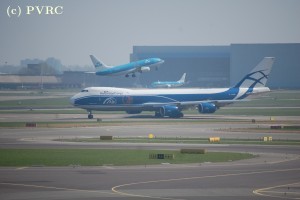 Worldwide passenger traffic dropped sharply by 8 percent in November 2008 as compared to November 2007, according to reports from the 165 key airports that participate in the monthly advance reporting system. International traffic, previously the driver of robust growth during the first half of 2008, decreased in November by 5.8 percent, and worldwide domestic traffic dropped by 8.5 percent for the month (Table 1). Driven by countries in North Africa and around the Arabian Gulf as well as Lebanon, only the Middle East (+8%) and Africa (+5%) regions recorded solid growth in international traffic (Table 2) for the month, compared to notable drops in Europe (-6%), Asia Pacific (-11%) and North America (-4%). Asia Pacific’s 2 percent growth for domestic traffic, due to growth in China, was offset by stark declines in Europe (-15%) and North America (-12%).

The countries worst hit by the fallout of battered economies are the United States, South Korea, Japan and the United Kingdom. Results from Thailand and India were further impacted by political protests and closure of the airport in Bangkok, and the terror attacks in Mumbai in late November. Spain saw domestic traffic declining further partly because of competition with new high speed train connections, and Italian airports suffered from the uncertain future of Alitalia. South African airports registered double digit declines in domestic traffic and fewer international passengers.

Global freight growth dropped dramatically in November 2008 by 15 percent. International freight plummeted by 15.6 percent and domestic tonnage by 13.1 percent. The year-to-date and the rolling 12-month year periods also registered negative growth (Table 1) compared to the same time period of the previous year leaving only the Middle East with positive results amongst all the regions (Table 3). The slowdowns starting in May presaged the trend, as depicted in Charts 1 and 2.