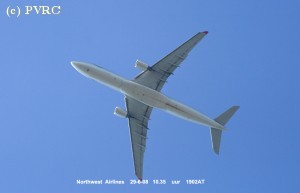 Abu Dhabi’s main airport boosted passenger numbers 14 percent in 2011 to 12.4 million
Abu Dhabi’s international airport aims to boost passenger numbers as much as 12 percent to almost 14 million this year as Etihad Airways adds flights, stretching capacity at a hub that’s already close to full.
The third-biggest Arab carrier will also occupy a new terminal that should raise capacity to 40 million passengers from 2017, Abu Dhabi Airports CEO James Bennett said today in an interview, with the main construction contract to be awarded early next quarter.
Abu Dhabi plans to spend $500 billion on industry, tourism and culture through 2030 to reduce its reliance on oil. While Etihad is among the fastest-growing carriers, ordering 100 jets at the 2008 Farnborough Air Show, the sheikdom’s airport faces a contest for long-haul transfer travelers with nearby Dubai, which is extending its hub’s capacity to 90 million by 2018.
“I believe there will be adequate demand,” Bennett said. “We’re serving new markets such as Asia, China and Africa and the flow of commerce in between. Those are the fastest-growing economies in the world and this will continue for a while.”

Abu Dhabi’s main airport boosted passenger numbers 14 percent in 2011 to 12.4 million. While the hub derives about 50 percent of its footfall from people changing planes on inter- continental trips, more are coming for tourist and business visits after completion of recent developments, the CEO said.
The company received tenders for construction of the new ‘Midfield’ terminal from six groups including Hyundai Engineering & Construction Co., Larsen & Toubro, Hochtief AG with Al Habtoor, Bechtel Group and Al Jaber Group, TAV Havalimanlari Holding AS and Samsung.
Etihad will occupy the building alongside carriers with which it has partnerships, plus some others, Bennett said, adding that a “strategic review” is underway into how to utilize vacated facilities including the existing Terminal 3.
Etihad vies for transfer traffic with Gulf rivals Emirates, based in Dubai and the world’s largest carrier by international traffic, and Qatar Airways. All three are seeking to attract long-haul passengers away from traditional hubs in locations such as London, Paris and Frankfurt.
Dubai Airports plans to invest $7.8 billion to boost airport capacity from 60 million a year at its existing hub - which attracted 51 million people in 2011, or 85 percent of the limit. The emirate is also building up a new base, Al Maktoum International, which though currently limited to freight flights may have a passenger capacity of 160 million in coming decades.
Abu Dhabi airport’s dedicated cargo building has “probably already reached capacity” and will be expanded in a new location if demand continues to increase, Bennett said. Cargo activity was up 10 percent last year.